One of the wonderful things about living in Mammoth Lakes and the surrounding area are all of the special events that take place during the winter months. There are several such events currently scheduled to take place at Mammoth Mountain Ski Resort in the coming weeks. You may want to attend at least one of them with your loved ones: 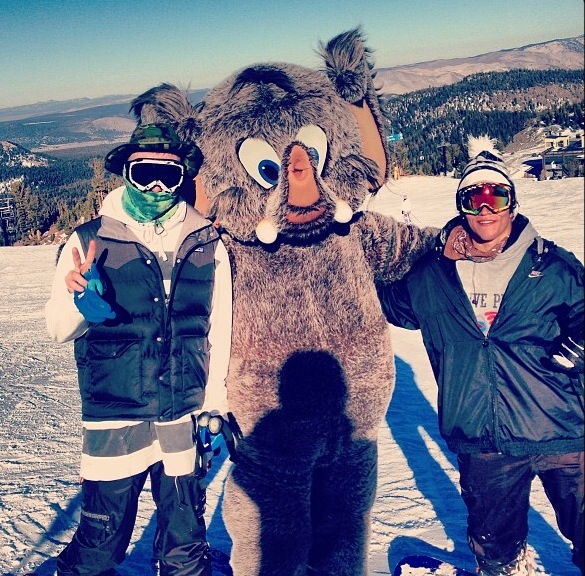 The Mammoth Mountain Ski Resort’s village is slated to be the location of Holiday Celebrations, the Night of Lights, Woolly’s Saturday Parade and a New Year’s Eve Celebration Weekend in December 2013. We should also mention that Woolly’s Saturday Parade is slated to continue through April. It’s a great event for the kids especially since Santa is expected to be at the parade site too.

In January 2014, the ski resort is anticipated to keep the festivities going with a MLK Jr. and U.S. Sprint Grand Prix Weekend. Both are presently expected to run from Thursday, January 17th through Sunday, January 19th.  As an avid snowboarder, I am personally excited about the U.S. Sprint Grand Prix. For those unfamiliar with it, the event features snowboarding and skiing professionals who have their eyes on participating in the Winter Olympics in Sochi.

Some of the fearless female snowboarders expected to compete this year are Elena Hight, Gretchen Bleiler, Ellery Hollingsworth, Maddy Schaffrick and Kelly Clark. Of course male snowboarders will be competing as well. Among those to look for are Louie Vito, Scotty Lago, Matt Ladley, Luke Mitrani and Greg Bretz.

People interested in attending the ultra popular, historic event this year should make their plans now. We happen to know of properties located near the Mammoth Mountain Ski Resort. So we’d be more than happy to share that information with people looking for a place to stay within driving distance of the snowboarding and skiing competitions. Those that can’t make it here in January 2014 may want to catch some of the action on the NBC Sports Network and NBC instead.

In February, the celebrations are expected to be focused on U.S. Presidents Week, the 2014 Olympics and Valentine’s Day. The Olympic Celebration is currently scheduled to run all month long at the Village at Mammoth. Full details about the event, however, have yet to be released. So be sure to keep in touch with us.

For more information on all of the great things happening in the Eastern Sierra Mountains in the weeks ahead, please contact us at (855) GO-Maggie. And if you love snowboarding as much as we do, be sure to “Like” us on Facebook and share the names of the athletes that you’ll be rooting for this year.